The "Hotcake" Wet Film Thickness Gauge is a Paint Thickness Gauge that makes measurements on slightly curved or irregular surfaces. The gauge is versatile as it can measure with a relatively small footprint, wet paints on objects of practically any size and shape. 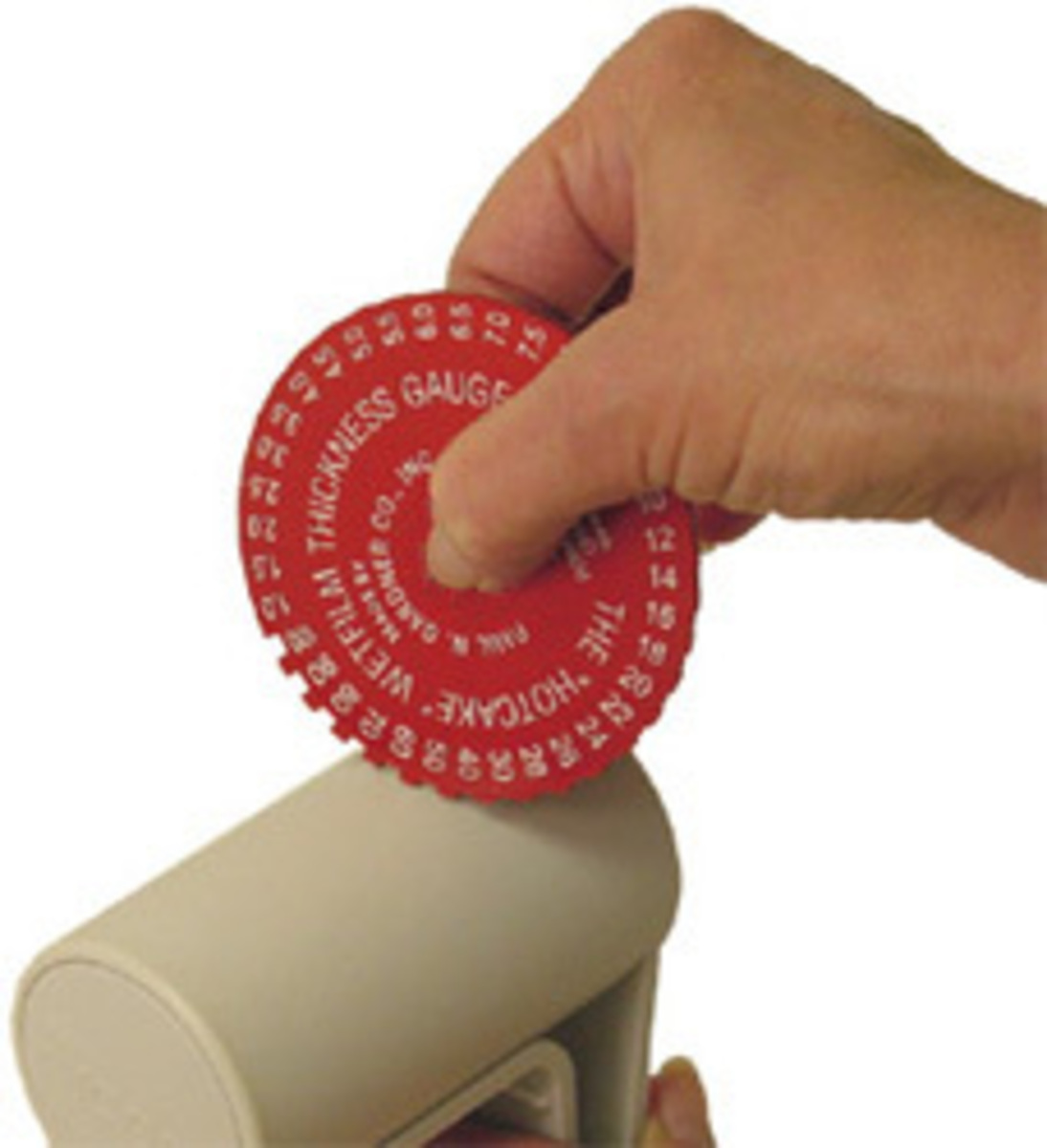 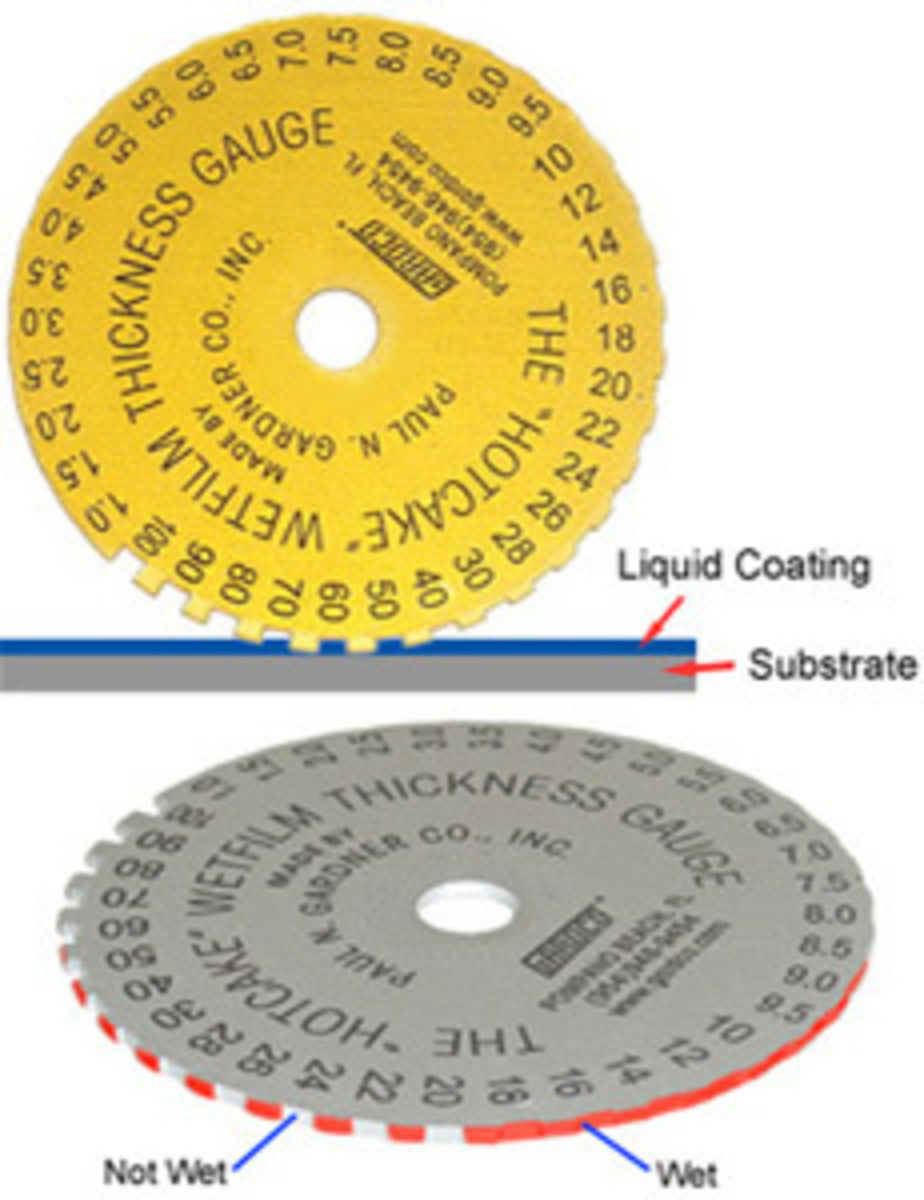 Measurement Principle - Paint failures can start anywhere, but most frequently occur in corners and edges where the paint film is either too thin or too thick. When the paint film is too thin, coverage is poor, and loss of hiding and essential protective characteristics are the result. When the paint film is too thick it tends to sag and crack, defacing the film and causing premature paint failure. Overall estimates of film thicknesses are readily made, but are often inaccurate. Such errors can result in waste of time, money, and materials, as the job has to be done over.